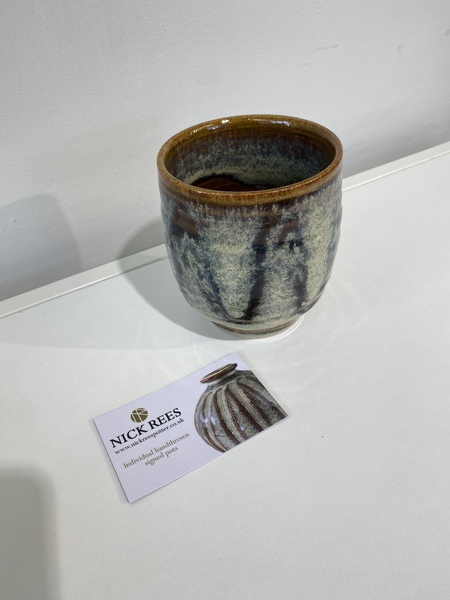 9 x 11cm
Nick began potting in 1972 when he joined John Leach for an apprenticeship at Muchelney Pottery. Apart from a three month stint working with Brian Newman in 1976 (Aller Pottery, Somerset), Nick remained at Muchelney as a Master Potter for 46 years until his retirement in July 2018. His days at Muchelney Pottery were spent producing the wood-fired, catalogue range of oven-to-tableware. Alongside the day-to-day production cycle at Muchelney, Nick developed his own signed range of work particularly exploring surface detail - creating distinctive, refined pieces. Since retiring, Nick has enjoyed the freedom of being able to concentrate on his individual pieces at his home studio, continuing his exploration of the possibilities of electric kiln firing.